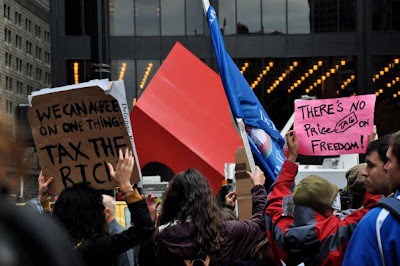 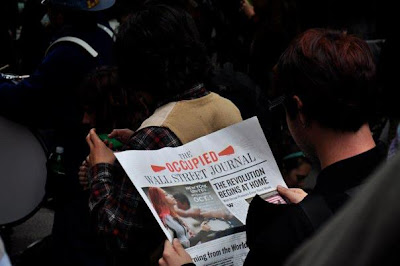 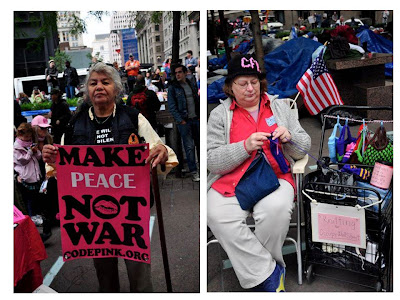 I was delighted and supportive to see this effort being made but ambivalent when my daughter said she was going to Wall Street to find out what it was about and take pictures.  The media really only began to more fully cover the event after last Saturday’s arrest of 700 protesters.  I was nervous but felt I couldn’t keep her from experiencing one of our inalienable rights to protest and speak out….as long as we don’t stop commerce or traffic or provoke the nice policemen.  After all my parents didn’t object when I took off with friends to Washington DC to rally against the Viet Nam war. 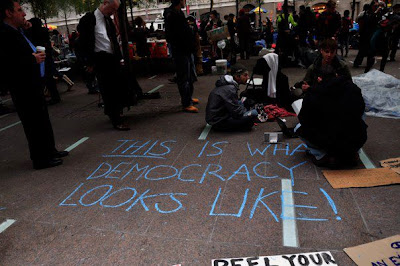 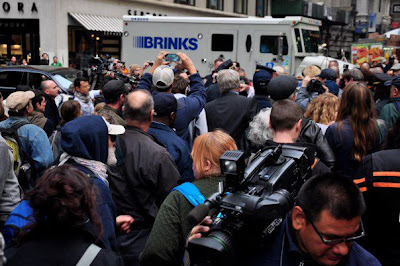 There’s a lot more organizing that is needed and goals and demands must be clarified before this Wall Street movement can have any kind of a positive impact.  But it's only three weeks old and already  the numbers are building and the rallies spreading rapidly across the nation.  Could it be a counterweight to the Tea Party movement or a way to pressure Congress to do something about regulation and job creation?  Wall Street workers (most of whom work uptown) have become vocal defending their work ethics and comparing themselves to those making up the 99%.  I’d hate to see the discourse going down this road and becoming personal.  The issues are with the financial institutions as a whole that are not going to self-regulate or change their marketing of products that have made them wealthy.  That’s got to come from somewhere else.  That's why I'm thinking of joining the Occupy Wall Street rally this week. It's the least I can do and it actually feels like the right thing to do....again. 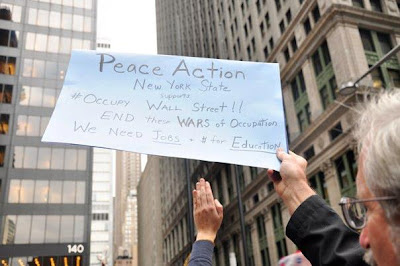 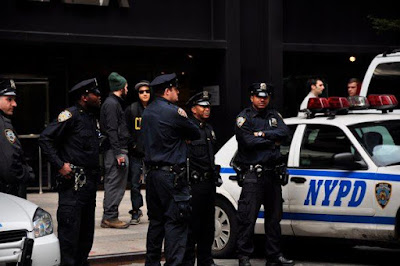 Email ThisBlogThis!Share to TwitterShare to FacebookShare to Pinterest
Labels: MindSoul