Caryl sums up: A Half Decade of Life

How much a difference does five years make? Well, if you are a newborn, those first five years are supposedly the most critical. But what if you are our age, does life change that significantly in a half-decade? Is it important to tally up occasionally just to understand where you’ve been and where you are heading? Isn’t that the value of sub-totaling? There’s still opportunity to influence the final tally. There is, isn't there?
The reason I was thinking about this particular increment of time is because Deborah Copaken Kogan’s new novel The Red Book just came out. I wrote about The Red Book earlier at Second LivesClub, and I interviewed Kogan for Publishers Weekly. The actual red book is a legendary document among Harvard graduates. Every five years following graduation and until the day they die, Harvard alumni receive a hardbound crimson-colored book filled with the mini-memoirs of themselves and their classmates. The entries contain the usual biographical data (addresses, emails, occupations, spouses, children) and a short narrative (three to five paragraphs) putting their successes and failures, triumphs and tragedies into context. As someone who has dated several Harvard boys in her time, I can tell you that much time is spent finding just the right words and the perfect tone--all the while recasting events in the best light possible. My last Harvard boyfriend-- class of ’71-- had all his red book volumes lined up on his bookshelves somewhere between his Fitzgerald novels and the collected short stories of Hemingway.  (Note: They were shelved in fiction!) 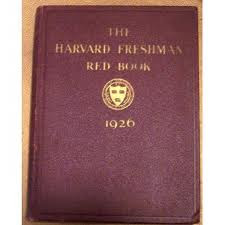 In her new novel, Kogan (Harvard ’88) follows four female friends who reconnect at their 20th reunion. Over the next five years and against the backdrop of the current economic recession and their own midlife crises, the women reconsider their future, what they really want from life. By the end of the book and their 25th reunion red books entries, they have put into motion some radical changes that end up altering the course. Or, as we would say here at this website, they had begun rewriting the plot line for their second lives. 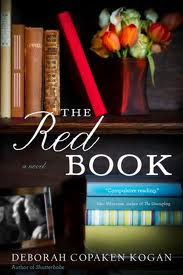 If you had to sum up the last five years, what would you write? What are your highlights—and lowlights? Would the entry reflect your shifting ambitions, how you've kept alive your earlier passions or find new ones? Would your entry acknowledge who you really are right now---or would you shade the truth? The book trailer for Kogan’s novel suggests: “There’s the story we tell the world, and then there is the real story.”
If you want to know what I’ve been up to for the past five years (even though my humble college in the Midwest has no such tome), just leave a comment here.  I might even tell you the secret Kogan told me about how she was able to write four books and raise three children at the same time. I am pretty sure she didn't reveal it in her red book entry.
Posted by Caryl