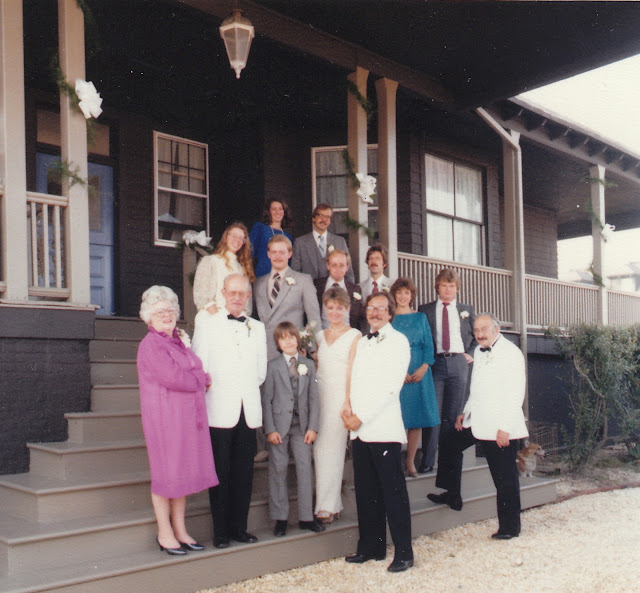 On both occasions the sun was bright, the tents were white and the participants ready to recite their vows of love and faithfulness with the wraparound porch and Atlantic Ocean as the backdrop. My husband and I had just purchased the house a few months earlier and spent that summer with our families scraping and painting and planting to get it ready for our celebration. We had looked at various venues to stage our event but found nothing quite as inviting and dramatic as our home. As we toiled away, we uncovered hidden staircases and herringbone brick pathways and I couldn’t help but picture the original family lazing and strolling about their vacation cottage in an attempt to catch a sea breeze.

This area of the shore was developed at the turn of the 20th century by wealthy businessmen from Manhattan who wanted a place away from the heat of the city to bring their families for the summer. The local society columns would even announce their arrivals each season and where they were staying. I have already traced the deeds to the house at the county’s clerk’s office and found out that indeed a wealthy businessman from Manhattan had the house built around 1904. Thomas C. Woods was a decorated lieutenant on the USS Gloucester during the Cuban War and he had two daughters. A local newspaper confirmed that the oldest, Julia, was the first to marry in the house. How I would love to know where her wedding ceremony took place and what preparations were made to ready the house. Was it in the parlor like mine or outside in front of a rose bush like the one this past weekend? Did the bride come down the second floor steps or the back yard steps? What did the bride wear? How many were in attendance? Did their family wedding portrait look similar to this one during that time period? 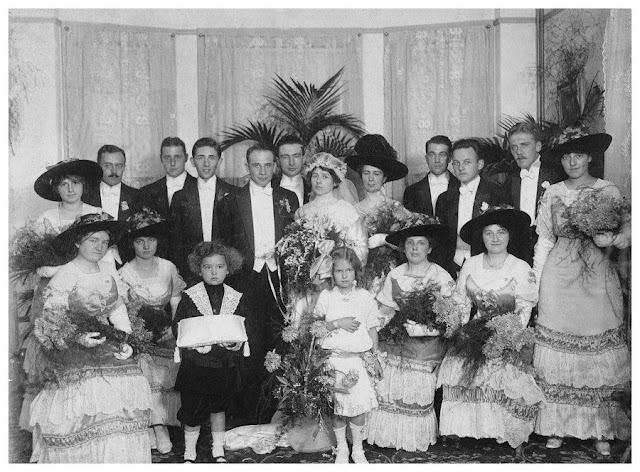 The windows look like the ones in my drawing room.

I plan to continue a more thorough house genealogy search to know more about the Woods who seemed to have some connection to the second owners, the Nevins. The availability of so much historical information online has helped to increase interest in tracing family histories. Maybe that explains the popularity of Ancestry.com and the TV show “Who Do You Think You Are?” I recently met a woman who is studying to be a genealogist for her second life. A friend who was a former radio producer is off and running with a similar business preparing oral histories for families.

Was it kismet as Caryl and I took a break from the swags and bows last week when a woman appeared on my porch asking for the owner. She said she was the granddaughter of Sara Nevins, and used to spend the summers at the house. Her name was actually one of the ones in the chain of title documents I had as the executor of her grandmother’s will. After a quick tour, she promised to look for old photos and that we could continue my incessant questioning of her family history later on.

And so we continued hanging lanterns and lights, arranging flowers and candles, sewing lace mats and tying ribbons in preparation for the third wedding - that we know of – at the house. 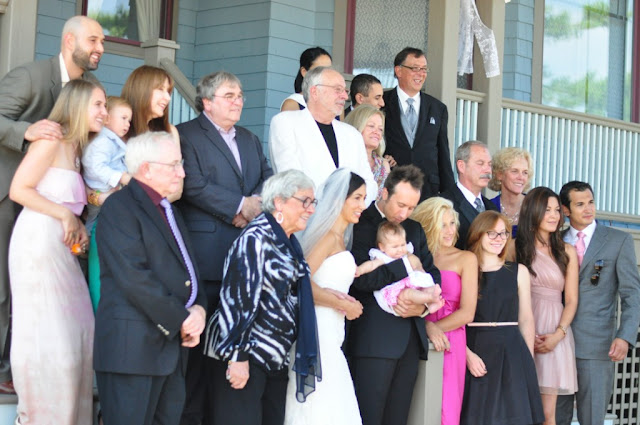 We had two tents, outdoor wedding vows, a parade on the beach with musicians and white umbrellas, a catered dinner, a life size cutout of the bride and groom for picture taking, a jazz quartet, special love potions from the bride’s father and dancing until the police showed up with the wraparound porch and Atlantic Ocean as the backdrop. Enjoy the slide show below because we only do this once a century.