Maryl recaptures: Her Youth in the Caribbean 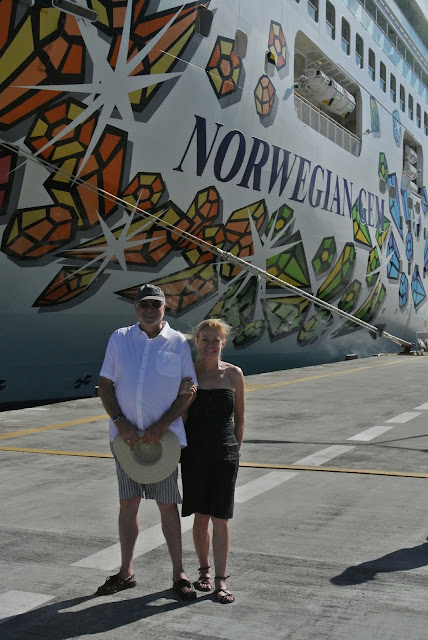 Three weeks ago my husband and I crossed the river we view from our coop and boarded a cruise ship headed to four Caribbean islands. I will preface this post by saying that we’re not your habitual cruise vacationers. Typically the people you meet on the ships are on their third, fifth even tenth cruise. We had taken one before with our daughter to Alaska, which while it was great fun, we agreed we like spending more time than an eight-hour stopover in the various cities and countries we visit. But I was taken with the idea of being able to travel without having to go to an airport and instead getting on a ship we see going in and out of the harbor every week. And that ship was visiting four islands we had planned vacations at in our youth when we first became a couple.

This would also be one of the first times Allen and I could have some considerable time with just each other again. After two and a half days at sea, with limited internet and cell phone connections, unwinding and relaxing just happen naturally. But we were ready when we pulled into our first port, San Juan, Puerto Rico. I had been working there at a conference decades ago at a plush golf resort. Allen joined me there before we moved our location to the Condado, an upscale neighborhood with beach hotels and night clubs. We sunned on the beach and toured the old town taking in El Morro castle and the city’s old wall and gates built in the 1600’s for protection against the Europeans. We retoured the old town this trip and had an authentic local meal at Barrachina also the birthplace of the Pina Colada. Granted we only saw a thin slice of the island but it didn’t seem as prosperous and festive as our last visit, perhaps another memory aggrandized over the years. I did meet a woman in one of the many shops though who had just been transferred there from their Alaska store. She was wondering how she would adjust to the drastic change in climate. Actually my sense was that this choice was more a welcome than a worry for her. 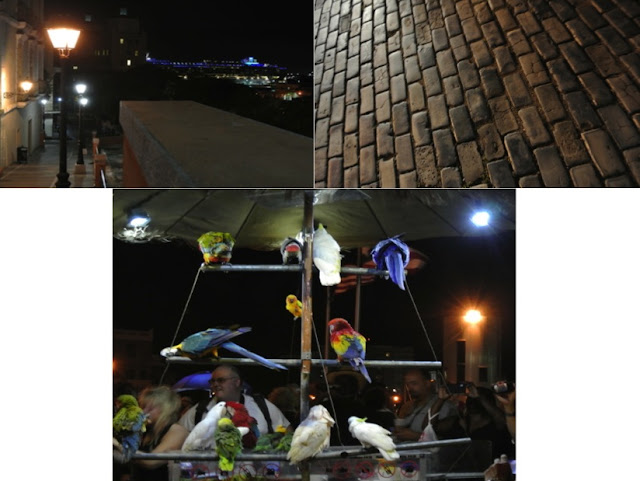 Next we went onto St. Martin, the smallest island ever to be divided between two nations. We were driven immediately to Marigot, the capitol on the French side of the island, where Wednesday is market day. The town had grown over the years to where it was almost unrecognizable but just as charming. We were thrilled to find Claude Mini Club, the same restaurant – brand new at the time - we dined at over 30 years ago celebrating Allen’s successful completion of his doctorate exams that particular night. (We received word via a telegram, remember them?) Claude Pont, the original owner, had just sold the restaurant and semi retired although she still lives on the island half the year and the other half in Switzerland where she was born. We finished our lunch with a chocolate soufflé, like we did so many years ago. 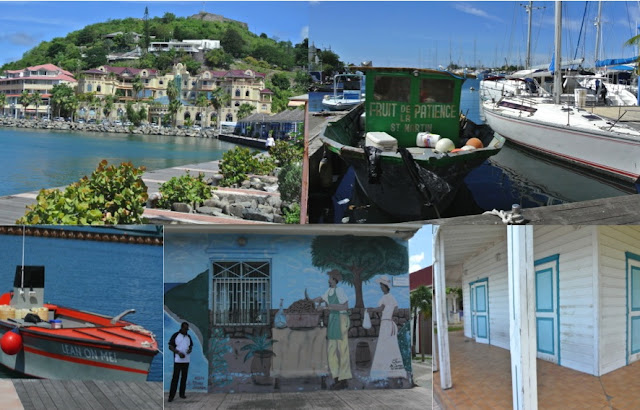 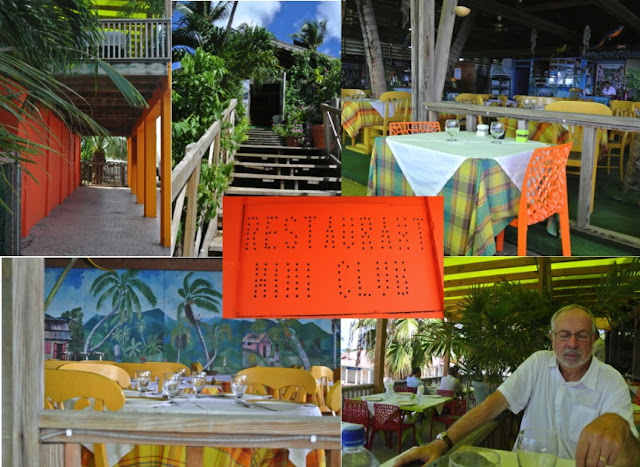 The last time we traveled to St. Thomas was by sea plane when we climbed their famous 99 steps to lunch at a tropical restaurant with an amazing view of the entire island. We did a similar trek this time in Charlotte Amalie while on a historical tour of some of the oldest buildings on the island dating back to the 1600s. It was there I met a tour guide who left her home in New York City 23 years ago to live on the island. I asked her if she is ever homesick and thinks about going back. She shook her head no before I even finished my question. Her life on St. Thomas suits her to a T. 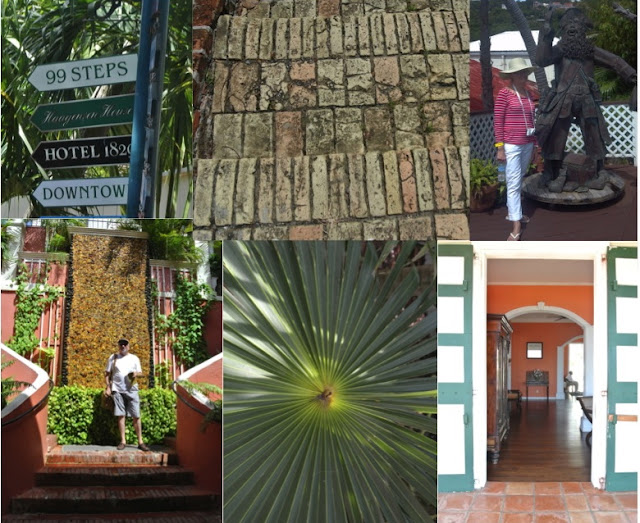 We never made it to the Dominican Republic because of Sandy. We had to cancel our original trip there because of Donna, not a tropical storm but a close friend who became very ill. Donna’s fine and Sandy’s gone and I’m more determined now to get to the DR, as they call it, than before. It still has the feel of an unblemished, less traveled island, like so many of them were when Caribbean tourism was just on the rise. 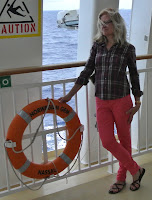 Maybe we can fly to a beach resort in the DR after the holidays? Or Quebec for the Winter Festival?  Or Paris for a long weekend? Did we recapture our youth? That’s more a concept than a question. What we reclaimed was our sense of adventure and discovery and agreed that we needed that back in our lives together. We have travelled frequently and widely since our island vacations with family and friends. They are welcome to still join us but our carryons are being stowed on the lower shelves in the hallway closet and our favorite travel sites are bookmarked on both our computers. We’ve been home over a week and reentry to the fast lane is always quick blurring the memory of the rest stop you just made. But for me as I plan our next getaway, it all seems more navigable.