2nd Life Profile: The art of the matter 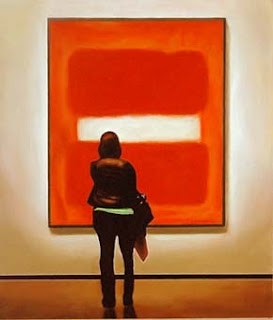 I have a friend, a wonderful woman I have known since college. We both live in major cities on the East Coast. For many years when I was raising my children and working outside the home, she was my touchstone for gifted mothering. After years of infertility, she had three children in rapid succession and retired from her teaching career to be singularly devoted to them.Without a doubt, they came first. She and her husband, a hard-working doctor, were inspirational parents, and their children blossomed under their devotion. Though we were of the same generation, our paths were divergent--a divide not uncommon to our generation: working mothers and stay-at-home mothers. (Yes, we know all mothers are working!)

It surprised me, therefore, how easily she has adapted to the empty nest, how she has grabbed her newfound freedom with gusto and grown under her own dedicated self-care. During the years of child-raising, we saw each other annually--usually a beach visit with all the kids in tow. Now we see each other about a weekend a month when she arrives in my city to take in shows theatrical and artistic--not to mention, in winter, ice-skating. She comes by herself, stays in a little hotel with bargain prices and few frills, sometimes she takes in three museums and two plays in less than 48 hours--not to mention, in winter, ice skating. I am always welcome to join her to whatever extent my schedule allows but she loves a solo weekend too. She has returned to teaching and uses what she learns on these forays in inform her lessons. She often takes trips abroad during school breaks and summers--frequently by herself. Her husband and children are still of utmost importance but one person has risen to a higher priority: herself. Without guilt and with expanding joy, she has found her second life.
Posted by Caryl