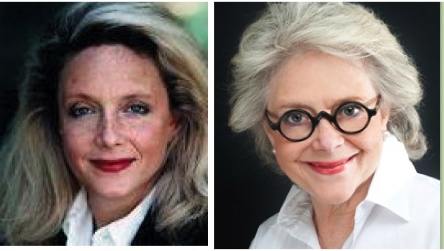 “TWENTY YEARS AGO this month, Mary Fisher (above) took the stage of the Republican National Convention at the Houston Astrodome and delivered a 13-minute primetime speech that was seen by many as a sharp rebuke of her party’s negligence in the face of the growing AIDS epidemic.”  So wrote my friend and superb wordsmith Dan Shaw in an enlightening profile in New York Times last Thursday. Will Tuesday night's lineup of female speakers at the Republican convention in Tampa Bay be able to inspire a depressed nation?

One of the 20th Century's Most Influential Speeches

Mary Fisher was a surprising choice to speak at the GOP convention.  She was a woman, after all.  Her subject was a shocking one -- especially for someone like her.  In the early 90s, few people thought AIDS could strike a beautiful, rich, white woman. As she said in her lives-altering speech that evening: “I am one with a black infant struggling with tubes in a Philadelphia hospital. I am one with the lonely gay man sheltering a flickering candle from the cold wind of his family’s rejection.”

No one expected that night that Mary Fisher would be alive today or that her speech would be so influential. It is included in "Words of the Century: The top 100 American Speeches  1900-1999", along side Martin Luther King’s  “I Have a Dream” and FDR's "Four Freedoms".  Today living in Sonoma, Arizona and the divorced mother of two healthy sons, Fisher works as an advocate, author and artist.


The Little Book That Started A Revolution

THIRTY YEARS AGO this year, Carol Gilligan (above) a psychologist at Harvard, wrote the landmark book, “In A Different Voice” in which she published her study of how moral reasoning develops in boys and girls. From her findings, Gilligan concluded men make public-oriented decisions on the basis of individual rights and fair play while women decide based on private-oriented ideas of responsibility and caring for others.   Simply put, a man makes an ethical or moral decision on how it affects him while a woman considers how her decision affects others.  Self-interest vs. community interest.  But you didn’t need me. . or Gilligan . . . to tell you that, did you?


THIS TUESDAY NIGHT at the storm-delayed Republican convention, four women will take the podium. (Ten female speakers are on the Democratic covention schedule but more about them in September.) These Republican women are diverse beyond gender. One is a Black woman who was the first female African-American secretary of state (above left).  One is an Indian-American who is the first female governor of South Carolina (above center). One is a Hispanic American who is the first female Hispanic governor of New Mexico (above right).  The last—and perhaps most influential on this occasion-- is a white stay-at-home mother.  She is also the wife of the presumed presidential nominee for President this year: Ann Romney (below). 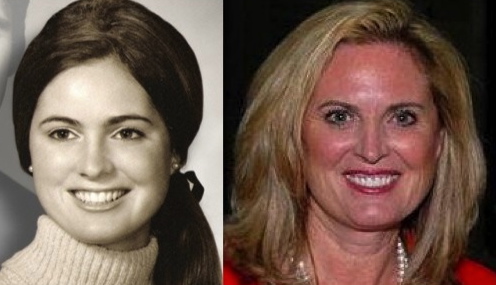 Using Connections to Do Good is Still a Good Thing

Don’t be put off by a little nepotism. Mary Fisher only got the chance to speak because her father, Max Fisher, was the campaign manager of  the Bush-Quayle ticket that year. Regardless of her connections to the one percent,  Ms. Fisher has always seen her role as speaking out for those too poor, weak or powerless to have their voices heard, especially women of color. No matter how women get the opportunity to speak, their inclusion changes the conversation. More importantly, their voices have the power to shift the paradigm, as Fisher's did. Never have the times or recent events called more for the connecting voices of women, the community of problem-sharing and problem-solving. That’s why we wish more women were taking the stage at both the Republican and Democratic conventions this year.  We need to hear their particular views of the country and the world.  And, we need them to help us decide who in this 2012 election for the highest office in the land is (still) the best man for the job.
Posted by Maryl