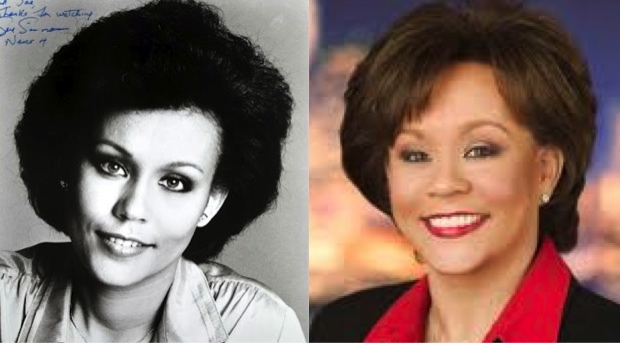 Here at Second Lives Club, we hate firings of all kinds but we really hate public firings.  It’s bad enough to lose a job you love or a job you need—not to mention, a job you are really good at-- but it seems worse when it happens publicly. My mother read in the New York Times that I had been fired from my editor-in-chief job at Real Simple. I myself found out from the New York Post when a media gossip columnist from the New York Post called for my comment. (I declined. Call me now, Keith Kelly, I've had some second thoughts.) That’s why I felt so bad when I read last June that Sue Simmons, the co-anchor at New York’s local NBC news station, had been kicked from her chair after 32 years. Now, however, I'm happy to report there are signs of A Second Life. But first let me fill you in on her first life.

First Life: Sue Simmons, 69, was born in Harlem, the daughter of John, a jazz bassist, and Dorothy, a socialite from Chicago. Her first job as a news anchor began in Washington, D.C. in l976. Until then, there had been no African American anchor teams.  In 1980, she joined Chuck Scarborough (think strawberry-blonde boy next door looks ) where she remained until this summer. “Chuck and Sue", no last names necessary for the show, had the longest tenure for any news duo in the fickle world of television.

Sue is many things including an excellent broadcast journalism.  She and Chuck may have paved the way for ‘personality’ journalism but she was nobody’s fool--or tool, for that matter. She was feisty, and some would  even say dangerous (Al Roker in his tribute said it was like sitting next to an alligator, you never knew when she would snap.  She once dropped the “F” bomb when she thought she was off-air).  She was fun (every February she did her impersonation of a groundhog.) And, she was wickedly funny. (Once after a news --yes news!--story about a baby whale that had washed ashore, her co-anchor questioned her sympathy for the endangered calf.  She replied without missing a beat: “If he gets well, I’ll kiss his little blowhole.) In short, she was no plastic news reader.

So why was her multi-million dollar contract not renewed?
Too expensive? (Does anyone pay for experience anymore?)
Too old? (Chuck’s still working but then again he won’t be 69 until November.) Too real?  (Shouldn’t TV viewers see themselves—their age, their race, whatever--when they turn on the set, especially when the reporters are delivering the news). I don’t have the answers but I can tell you that Sue is moving to a wider audience this fall, a national stage, if you will.

Second Life:  In the two-part premier episode of Law & Order SUV (and be honest who doesn't watch it, especially the middle-of-the-night reruns), Sue Simmons will play a newscaster helping the police team solve the murder of a prostitute found in the captain’s bed.  (No comment.) Says L&O executive producer Warren Light: “She was terrific. It wasn’t like she needed extra takes (Duh.) She also had couple of smart corrections in the script as to how she would say something. (Really?)" For the record, she took out the word burgeoning. Sue knew nobody says it, it is only used in writing.  So here’s to a burgeoning second life, Sue Simmons.