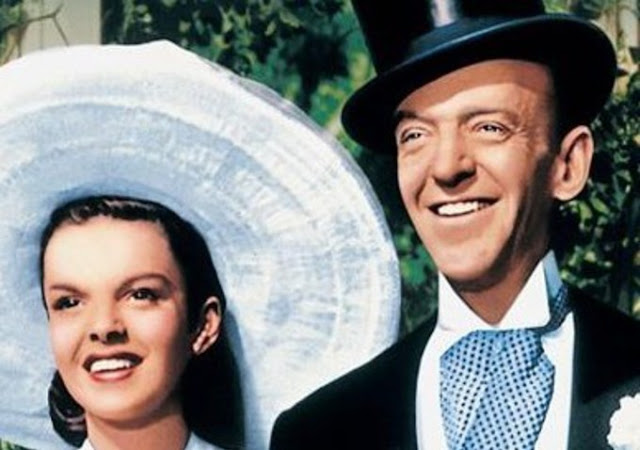 Easter Greetings:  Sixty-five years ago, Fred Astaire came out of retirement to replace Gene Kelly and team up with the inimitable Judy Garland in the now classic Easter Parade.  Hear them sing. 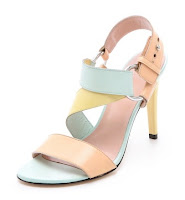 Forget Easter bonnets:  how about
some trend-on multicolor pastel
shoes :

First poems: from 10 famous poets including Proust, Plath and
Dickenson at Flavorwire.  Although he published his first poem at
age 18 in The Harvard Monthly, little Edward Estin Cummings--e
e to all of us-- recorded this one when he was only three: 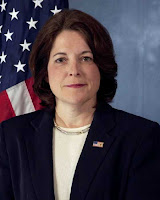 Jane and Julia--two women our age going after the bad guys:  Film director Jane Campion's current HBO series, Top of the Lake, has a female detective confronting the criminals who have violated a teenage girl.  Julia Pierson, the first female Director of the Secret Service, was sworn in this week to fight off counterfeiters, cyber-attackers and anyone else thinking of messing with the First Family and other dignitaries.

Second Life Gone Horribly Wrong:
He was heading towards 60, his last kid had gone to college, his wife was teaching abroad.  His life felt empty until he found online shopping.  Buzz Bissinger, Pulitzer Prize winner and acclaimed writer of Friday Night Lights, describes "My Gucci Addiction" in this sad and disturbing piece at GQ. 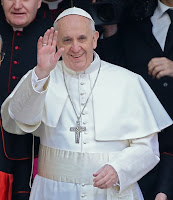 Buen Viaje, as they say in Spanish:  Travel consultants predict a rise in South American tourism now that the newly-elected Pope hails from Argentina.  As if you need another reason to go to Buenos Aires.

Email ThisBlogThis!Share to TwitterShare to FacebookShare to Pinterest
Labels: SLlinky