Tina Turner has shattered the glass ceiling, at least in publishing terms.  This April, German Vogue has put the rock and roll legend on its cover with some splashy fashion spreads inside.  To date, the oldest cover ‘girl’ was Meryl Streep featured on the American edition in January 2012 when she was 62.  Even More magazine favors celebs in their 40s and 50s as its cover subjects.

Kicking out Racism, Sexism and Ageism

Tina (born Anna Mae Bullock) started her musical career in l957 as Little Anna with her husband, Ike Turner.  After ending the abusive marriage, she began a solo career in her second life.  She was known for her musical talent as well as those fabulous legs.  Maybe she kicked out the ceiling.

Here’s hoping American Vogue-- it currently has the "Queen Bee" as in Beyonce, 32, on its April edition --recognizes like its European counterpart that beauty and talent knows no number.  As Caryl learned all too well from her InStyle days, the real determinant in any magazine cover subject is “Will it sell?” (By the way, there was a time when editors and publishers believed women of color couldn’t move magazines but that barrier’s been broken.) By voting at the newsstand, the box office and the concert hall, we can tell marketers that older is still relevant and age doesn't matter. Or, as Tina herself might have said it (paraphrasing her first solo hit single):  “What's age got to do with it?”

In Their Prime of Life

And speaking of Vogue USA, Anna Wintour was just promoted to artistic director of Conde Nast.  At 63, she will maintain her magazine responsibilities as editor of Vogue and editorial director of Teen Vogue but also oversee all the other titles.  Wintour tweeted that her new position’s “almost like being a one person consulting-firm” advising the other editors about their brands.  In this role, she can personally change the magazine landscape by putting women of any age on the front page.  And why shouldn’t she?  She herself is breaking down the glass ceiling as is Martha Nelson, the newly-appointed—and first female—editor in chief at Time Inc. There had been some speculation that Wintour, who was a big Obama supporter, was angling for an ambassador post in her native England and might leave Vogue after 25 years on the job.  Charles H. Townsend, the chief of Conde Nast, said: “I would go to great distances to avoid losing Anna, particularly in the prime of her career.” Love that word prime.  Now that term has legs. 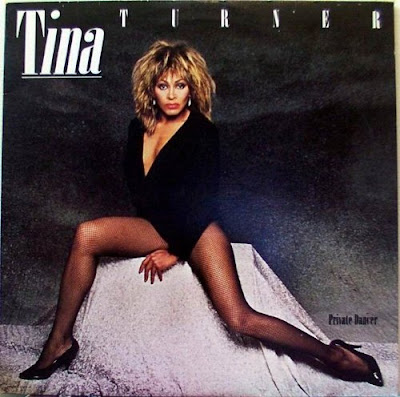 See more photos of Tina over her 50 year career and watch her perform "Simply The Best".
Posted by Maryl