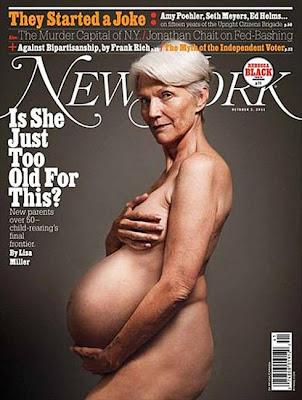 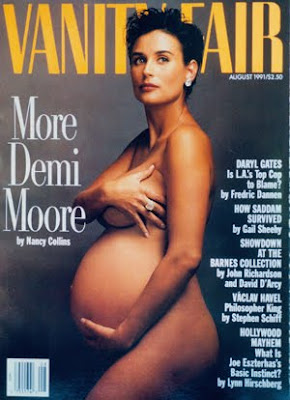 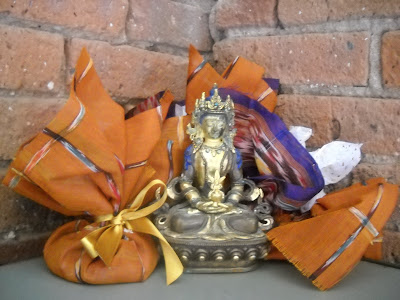 Several months ago we asked some of our followers or some whom we wanted as followers to give us their opinions of our blog. We promised that there would be a prize for filling out the brief questionnaire we sent. All but a few of you sent in smart, thoughtful, clear answers and fresh, innovative ideas for making Second Lives Club a site you’d find useful and inspirational enough to return to a couple times a week. Since Caryl was on her way to India at the time, we hinted that the item would be from the subcontinent.
Did you think we forgot? Did you think we’d break our promise of a prize? Did you think the world doesn’t reward change? Of course, not. Being a member of the Second Lives Club means being there for each other in ways grand and small, helping one and other to make the changes necessary for a meaningful, productive, joyful new life.
Speaking of changes, we’ve made a few here on our site based on your input. Here’s a few you can notice right away: We changed the banner to reflect the women whose second lives we applaud in our posts. We’ve put our names in the headlines so you know upfront which one of us is writing. And, as you’ll discover in future posts, we heard you when you asked for more humor, more real life examples, more honesty about issues we face in the years ahead. And, more fun! We’ve even come out of the shadows as some of you requested . Click on About Us where you will find short bios and—yes—even our pictures.
(FYI: There was much debate about the photos. In the end, in the tradition of Second Looks, there’s a photo of us from a lifetime ago and a second life snapshot. Caryl still hates her current photo but Maryl reminded her that 20 years from now she’ll be saying how good she looks.)
We’re sending out the gifts (see above) along with our thanks this week. They are wrapped in Ikat fabric from Orissa, the fabric is hand-woven by the villagers, the dyes are natural and the patterns generations old.. (See: Welcome to the Third World Club). We hope you like them and will think of us when you wear them. And, if any of our new visitors want to share suggestions for and opinions of our blog, just leave a comment below. We still have a few gifts left. We'd love to send you one. In a future post, we will reveal what's in those ikat-wrapped
packages.
(Oh, and that Buddhist goddess in the picture? She’s White Tara, the goddess of long lives---and of wisdom and compassion. Two attributes all of us need in our second lives.)
Many thanks to all of you who sent your feedback.
Posted by Caryl 1 comment:

Maryl writes: Reserving your mind for later on 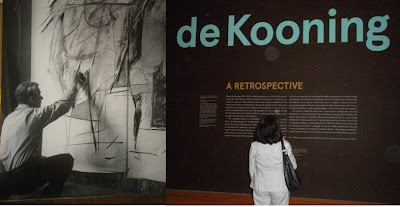 I’ve just returned from the opening night of the Willem de Kooning retrospective at MOMA in NYC. It’s an amazingly huge exhibit with over $4 billion of artwork. De Kooning was known for his continual revising of his work and changing his style and he certainly did have a fixation with the female figure. One of his most famous paintings, “Excavation,” completed in 1950, was inspired by the image of a woman working in a rice field, the actress Silvana Mangano in the 1949 film “Bitter Rice.” You can identify different anatomical body parts up close although the film wasn’t released until after the painting was completed. Interestingly enough, the exhibition catalogue points out that in a late 1949 Life Magazine there was an article on the actress as well as one on the excavations of NYC subway stations at the time. Interesting how the mind works.

And the mind was working overtime for de Kooning in his last period of work. It is well documented that he was suffering from dementia by then although it’s impossible to determine if these later lean and less colorful canvases were just another style change or the products of a deteriorating mind. I discussed this a bit with the show’s curatorial assistant (and my cousin, so proud of her). Lauren came upon the concept of “cognitive reserve” in her research on the artist. "The way that some people process information, the brain networks they use, allows them to cope better," according to a Catherine M. Roe, research instructor in neurology at Washington University School of Medicine in St Louis. Basically the more cognitive reserve (CR) one has the less damage they will suffer from beta-amyloid plaques in the brain, the leading marker of Alzheimer’s disease, and the slower the mental decline. And the way you measure CR is based on one’s education level, forms of intellectual activity and occupational attainments.

Nothing more has been defined at this point on what schooling, activities or occupations are the best deterrents against any form of dementia. But isn’t it heartening to know that the steps we can take to protect our minds match the goals of a second life and we’re in control of them both. De Kooning’s final paintings have been described as having flatter surfaces with brilliant ribbons of color and had been recently grouped together in their own exhibition both here and abroad. Thanks to Willem de Kooning foremost for his most expressive art and for showing us that one can lead a full and productive life all the way to the end. 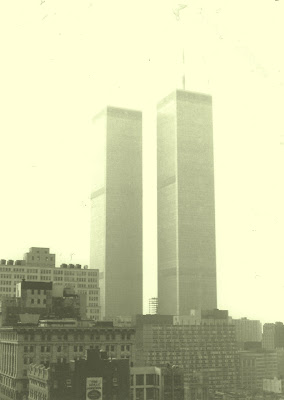 Ten years ago next Sunday, I boarded a jet scheduled to leave JFK airport at 7A.M. for Atlanta where, as the editor of Real Simple, I was giving a speech to the magazine's advertisers. It was just a turnaround--I'd be home that evening so I had no luggage. I was accompanied by the director of publicity--a working mother who was leaving her infant daughter behind in the city for the first time. We made it there but we didn't make it back for five days, and we returned to a city and a nation that would never be the same. As one of my close friends and a writer for the magazine said at the time: "The new frontier is vulnerability." Here is the editor's note I wrote for Real Simple a decade ago following the attack on America.

September 11, 2001, marked my 19th anniversary. We had our wedding reception in the loft we had just purchased in a newly gentrifying neighborhood called Tribeca. The loft had a stunning view of the lower-Manhattan skyline: the gilded angel atop City Hall, the ornate scallops of the Woolworth Building, the simple strength of the twin towers of the World Trade Center.
My daughters grew up in the shadows of those buildings, attending neighborhood schools, playing soccer and baseball on the Battery Park field. In 1993, when a parking garage below the towers was bombed, I raced to P.S. 234 to retrieve my daughter Annie, then in kindergarten. One halloween several years ago, stumped for a costume, my husband and I took two empty refrigerator cartons, painted some windows, punched out eyeholes, stuck an antenna atop his box, and proudly marched with the kids in the local parade as the World Trade Center. Last June my older daughter, Catherine, celestial in a white dotted-swiss dress, attended her high school prom at Windows on the World, on the 106th floor.
The terrorists attacked the World Trade Center, the newspapers said, because it was a symbol of American capitalism. It was a personal symbol for me. On September 11, at 8:45 A.M. Eastern time, I was aboard a Delta jet flying to Atlanta to give a speech for Real Simple. Annie was attending her world-history class at Berkeley Carroll, her new high school in Brooklyn. Catherine, a freshman at Occidental College in Los Angeles, was fast asleep in her dorm room.
I mourn the loss of all the lives taken in the World Trade Center tragedy--and I mourn the life I lost as well. When I close my eyes, I can still see the Twin Towers. And when I look at my two teenage daughters, strong and tall, I strain to picture their future.


Postscript:
My daughter just posted her remembrances of 9/11 in a video on iVillage where she is an Associate Editor.  Her future has become clearer.
Posted by Caryl No comments: