Louisa Ermelino is the  author of a trilogy of Italian-American novels.  Among her second life pursuits is the study of Arabic and French and riding horses and an occasional camel.   (July 18, 2012 post)

Anna Quinlan reflect on her life as she is about to turn to 60 in her most recent book: “Lots of Candles, Plenty of Cake”. The Pulitzer Prize-winning journalist wanted the book to be called “a memoir of aging” but her agent said it wouldn’t sell.  (April 30, 2012 post)

Claude-Noelle Toly, an expat from the South of France who lives in New York’s Greenwich Village,  set as a second life goal to swim the 1.2 miles around Liberty Island where the Statue of Liberty—France’s gift to America—resides.
(July 3, 2012 post)

This woman from the Bonda tribe in Orissa, Inda was photographed by Caryl visit to in 2011.  Bonda women wear no clothes in their mountain villages but dress up for market visits.  They also tend to marry younger men so their husbands can care for them in their old age.   (August 23, 2011 post)

Diana Nyad is currently in training for her third attempt to swim the Straits of Florida from Cuba to Florida.  (May 11, 2012 post) Wislawa Szymborska is the first Polish writer to win the Nobel Prize for literature. She's often referred to as "the Greta Garbo of poetry."  (February 22, 2012 post) 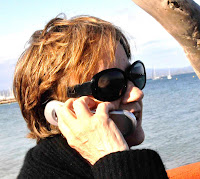 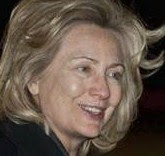 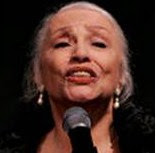 Jane White, an actress who found racial attitudes to be an obstacle in her career, once said “if my legs hold out (I will continue) bringing humanity to the stage.” (August 10, 2011 post) 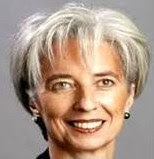 Christine Lagare, a French lawyer and the first female Director of the International Monetary fund, says of her management style: “You don’t have to behave like the boys.”  (July 29, 2011 post)

Actress Jacqueline Bisset has not had “single nip or tuck. I never even had botox.” (March 2, 2011 post)

Mary Kay Blakely, journalism professor, is writing her third memoir—“Holy Days of Obligation” about caring for her mother with Alzheimer’s disease.  (May 7, 2012 post)