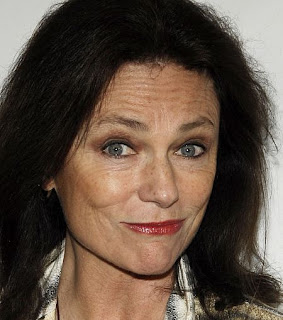 I don't know if you know but in an addition to writing this blog, I am also working on a book about the second lives of women. Those living second lives can be any age but I am focusing on women in their 50s and 60s. The book intends to show readers "how to find joy, meaning and a miracle moisturizer" during those decades. Joy and meaning can be elusive but there are tons of "anti-aging" potions out there with promises of everlasting youth in a jar. Avon recently introduced some new products in what the company calls "the platinum line."  A serum and a night-time moisturizer are the company's first products geared to women over 60, and the spokesperson for the line is Jacqueline Bisset, age 64, an actress with 87 films to her credit and, who last year received France's highest civilian award, the distinquished Legion d 'Honneur. Sounds like a productive first life.

I learned all this while I was exercising in the gym and watching The View. I am not a big fan of the eliptical machine but I can make myself do 60 minutes if I am watching TV.  Sometimes I time my work outs to specific shows (The View, Oprah, Dancing With The Stars) that I ordinarily wouldn't allow myself to watch). Jacqueline Bissett was on The View--and I must say she was the hottest one on the couch. She looked amazing in a simple jacket, short skirt and knee-high boots. Barbara Walters was interviewing her in that heart-to-heart way she likes too. She asked Bissett why--despite many boyfriends and steaming love affairs-- she was against marriage. Bissett said that was true in the past but now that she is in her 60s she would welcome a husband. Bissett believes she is now able to be faithful.
The conversation turned to beauty (in order to plug Avon, coincidentally a View advertiser.)  Bissett said she has never had plastic surgery. "Not a single nip or a tuck," she said. "I've never even used Botox." She also admitted she only washes her face at night (not in the morning). Walters pressed her on why she didn't go under the knife. Bissett replied: "I've never seen any woman who looked better after a face lift, have you?" Everybody got a little squirmy on the couch because Walters herself is no stranger to plastic surgery. Bissett quickly moved on praising the properties of the Platinum line. "I like being my age," said Bissett who admitted to coloring her hair and having had some work on her teeth. "I just don't like to look it."
Posted by Caryl