Ruth loses weight by subtracting the salt and adding some spice.


When I wanted to lose 20 lbs, I tried some tricks on myself that turned out was just the right thing to do to lose weight. I switched to salads and since then have added greens to every meal I eat. I try to eat and get my enzymes kicking in each time I lift my fork. Fresh uncooked foods start your enzyme juices revving up and that kicks up your metabolism. Your body is hot wired to eat food off the tree, bush or from the ground. When you feed it what it recognizes, it knows how to process it. When you feed it something it doesn’t recognize, it often stores it as fat. For example, a donut is stored as fat because it isn’t recognizable as a whole food. Eat whole foods to maintain your health and keep your body weight in check.  And here's how to season your food to tantalize yet temper its consumption.


To lose weight, I add pecorino peppers to my salad. It adds a punch of flavor and keeps me from overeating. The hot pepper literally stops me in my tracks from overeating. Try some version of this on yourself and see how it works for you.

Here's the high and low of seasonings for your food:

It’s a great preserver of foods. When you go out to eat, know that your food has been salted to maintain a freshness level that you might not tolerate if it were on your kitchen counter. Believe that anyone who hands food to you has added salt. If you have high blood pressure, you must be vigilant about guarding your food against salt. Tell your server no salt, and avoid those restaurants that you know add MSG or offer salty foods. Packaged foods are loaded with salt and should be avoided. When you are in your own kitchen, you can add salt because you are monitoring it. Using a pinch of salt adds flavor without hurting your health.

Salt will also create some water retention. When you want to look slim in your bathing suit this summer, go salt free and lose the water weight. Instead, try these condiments to spice up your meal and actually lose the weight. 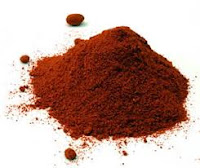 Cayenne  The main ingredient in spicy cayenne-capsaicin, which is also found in other hot peppers-has long been studied for its fat-burning abilities and thermogenic properties (the stimulating of the central nervous system to produce heat in the body, leading to an increase in calorie burning). In fact, Nicholas Perricone, M.D., cites several of these studies in his wildly popular The Perricone Weight-Loss Diet and concludes that capsaicin acts as an appetite suppressant. Many think that cayenne pepper promotes weight loss because it's simply difficult to overindulge in spicy food. However, later studies performed by the Journal of Obesity also found that the spice increases fat oxidation, "ramps up energy expenditure, and stimulates activity by the sympathetic nervous system"-all which help the body to shed excess weight. 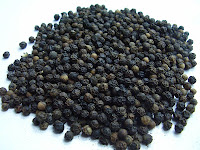 Black Pepper  Among the dozens of health benefits of this common household ingredient is its ability to improve digestion and promote the absorption of nutrients in tissues all over the body. Plus, its main component-piperine (which gives pepper its pungent taste)-boosts fat metabolism by as much as 8% for several hours after ingesting it. If you want your pepper to pack the most punch, use freshly ground pepper, which has the most concentrated amounts of piperine. 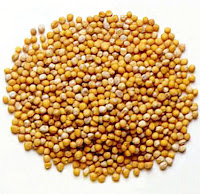 Mustard Seed  Like the other hot ingredients on this list, spicy mustard helps boost metabolism and allows you to burn fat more quickly, thanks in part to its thermogenic properties. Scientists at England's Oxford Polytechnic Institute recently found that eating just one teaspoon of hot mustard can "boost metabolism 20 to 25% for several hours after eating, resulting in an additional burn of about 45 calories if a 700-calorie meal is consumed." 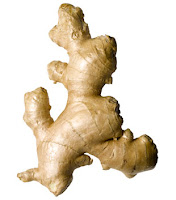 Ginger   Long used for its medicinal properties, ginger is also an effective diuretic (a substance that increases the elimination of urine). It improves gastric mobility (i.e. it pushes food and waste through the digestive system) and hinders the absorption of cholesterol. Try fresh ginger slices to  help increase metabolism.  It’s a powerhouse of flavor and you can use it at home to add punch to your fish dishes just as they do in your Japanese Sushi restaurants. 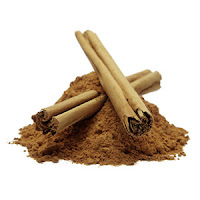 Cinnamon  A 2003 study published in Diabetes Care showed that as little as one teaspoon of cinnamon per day can boost the body's weight-loss ability by reducing blood sugar and promoting healthier processing of carbohydrates. It also lowers LDL cholesterol (bad cholesterol) by seven to 27% and total cholesterol by 12 to 26%. Plus, cinnamon has been shown to prevent the metabolic syndrome commonly seen in pre-diabetics.   In recent studies on Alzheimer’s Disease, Cinnamon has been among the spices that enhance brain health.   Add cinnamon to your coffee and lose the sugar substitute. It will make it a healthier choice.

When you add these spices to your food, you are actually opening up the blood flow instead of constricting it with salt. Make the switch. It’s fun to find the hot pepper choice that is your own favorite.

If you’ve read my newsletter, you know that I keep a bag of shrimp in my freezer for nights when I can’t cook but don’t want to order in food. The shrimp comes frozen and gets thawed and packaged for consumers.  I buy a large bag of frozen shrimp deveined and shelled. I put it in water to thaw it out while I chop my vegetables. By the time I turn around and reach for the shrimp, they are thawed. Leave yourself 5 to 7 minutes to thaw and use. But you can use any fish with this hot salsa topping. 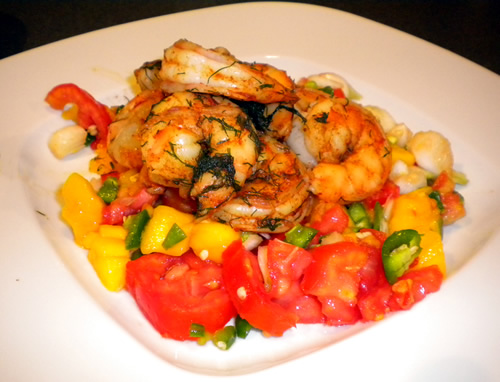 For the Salsa:
Ingredients
Salsa Preparation Instructions:
For the Shrimp:

You can contact Ruth with your questions here in the comments or at ruth@nurtured-by-nature.com.

Also visit Ruth's site for more information on nutrition and diet at Nurtured By Nature.