Maggie's tale of how she wound up in Collobrieres in Provence has little similarity to Nili's roundabout way there. That's what makes our second life journeys so interesting.  They are each so novel!

Maggie Scholefield grew up in England where she studied linguistics.  As a part of her course requirements, she studied abroad in Paris.  Maggie fell in love with the city and decided to stay on.  She was hired as a language instructor for corporate executives being transferred to their company’s office in France.  Soon after she fell in love again, married and had her daughter. But our lives don’t always stay picture perfect, do they?  Maggie divorced and she and her daughter moved back to England where she continued to be employed as a corporate trainer and manager.   Life was good but something was missing.  She cites two experiences that were the turning points in her life. 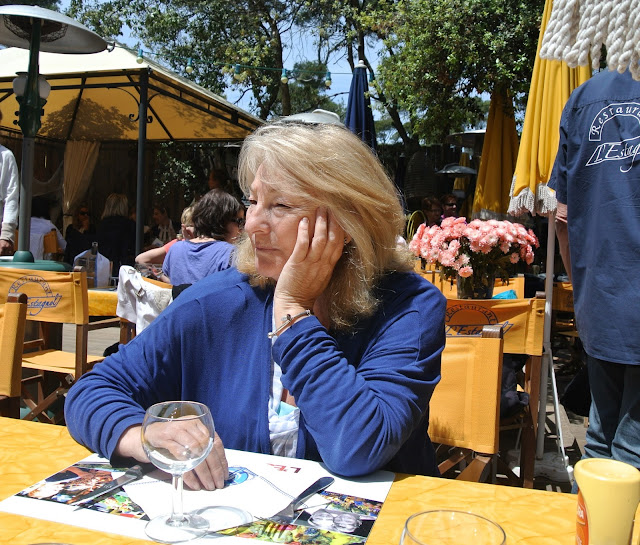 Maggie found herself in a training situation with much younger people.  It was extremely hard yet refreshing.   “And suddenly, it was almost a click.  I realized hey, there’s a different kind of way of being. Because I realized that the approach these young people had to life was something I had forgotten I used to have.”  That was Maggie’s first ah-ha moment.


So when Maggie heard a close friend had bought a second home in Provence, she planned a visit.  She fell in love again this time with the surprising vitality and easy lifestyle of the small village and became a frequent visitor to Collobrieres. 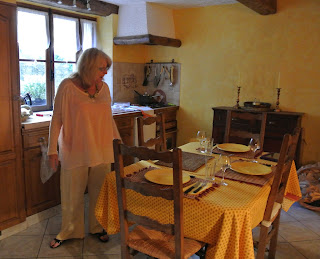 Maggie’s second turning point
was not as energizing but it did change her mindset. She was staying at a friend’s house and attacked in the middle of the night by burglars. “I never had anything like that happen to me before. It changes your basic idea of who you are and what you want to be or not. It does change you.” 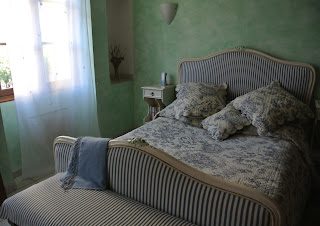 So Maggie went back to Collobrieres, bought her own house and now divides her time between there and her flat in London. She can rent out her house in Provence when she’s not there to help offset the costs since she's no longer working in the corporate world.


But Maggie has recently started a new job for a different kind of enterprise. It’s a real estate venture that builds town houses and communal buildings in a community type setting for those downsizing or with empty nests. Sounds familiar. Happy Second Life, Maggie!