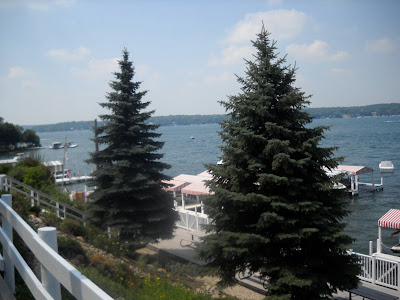 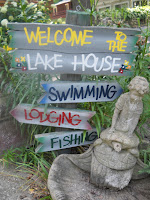 This weekend I went home for a high school reunion, more accurately the coming together of a group of women who formed a club when we were in our teens and named ourselves “Women of the World” – or its acronym WOW. We came together at the lakeside cottage of one of our members, a delightfully idiosyncratic summer house built by her father-in-law in the 1950s when the American dream was alive and well. On this sultry summer weekend being at a lake in Wisconsin--a state where only last year the Democrats walked out (and into Illinois)--was like being in a time capsule from a more optimistic time. 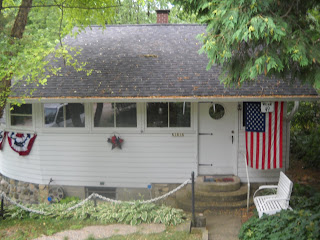 Almost every house including the cottage where we were staying was flying the American flag. (Red, white and blue bunting was also prevalent.) Life, liberty and the pursuit of happiness seemed to be in full swing. Anywhere you looked there were intact families, their adorable children splashing about the water, unworried about the failing education system; boaters and jet skiers skimming the lake unconcerned with rising oil prices; all of them basking in the hot sun and hyper humidity unperturbed about the thinning ozone. The free world with its almost double-digit unemployment, depressed housing market and -- oh yes, climate change (was it really105 degrees?) seemed far away. This was the America I remember growing up in the Midwest. Open another Bud Light, fellows, life is good. 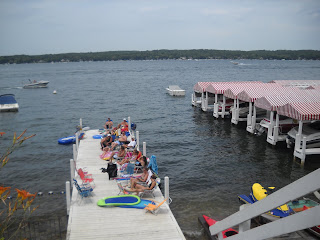 But it was not the post-millennium America I left a few days earlier on the East Coast. Suddenly, I was nostalgic for my youth when life was simpler and the future was promising. I tried to bring it back by reminiscing with my former high school friends. Of the 10 original WOWs, only half were present. (One of us teaching in Japan sent a letter updating the facts of her life post earthquake. Included in the post were delicate paper fans we immediately put to use.) First, we remembered Beanie who had died last October of lung cancer after decades of working as a physical therapy aide in the public school system and with no health insurance. None of us were immune from disease. Among the group's collective health problems were two women with ovarian cancer, one with breast cancer, one with thyroid cancer, one with a brain tumor and another with a debilitating auto-immune disease. 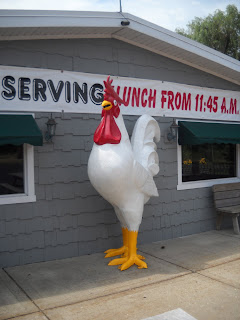 All of us in recent years have passionately embraced Michael Pollan’s mantra: eat food, not too much, mostly plants. Ordering meals out, not to mention grocery shopping for the weekend, was an ordeal: no gluten, no sugar, no processed foods, no dairy. No CHEESE in Wisconsin? Come on . . . . At lunch, at a local restaurant in this farmland community, we ordered chicken. It came with a choice of sides: Mashed potatoes? Baked potatoes? French fries? Do you have a vegetable, we inquired? Oh yes, said the pie-faced waitress. Corn!!! For an extra couple of dollars, we ordered broccoli that arrived swimming in butter. The basket full of sugar iced cinnamon rolls was free.
Back at the cottage, air conditioners blasting into the night, we discussed our lives. Among the five of us present-three were straight (two married, one separated) and two gay. One of the gay Wows had married her partner last month when the Illinois laws changed to permit such civil ceremonies. The other was in a long-time committed relationship in a state that forbid such unions. For the first time together, we discussed such un-fun topics as pensions, and Medicare, and Social Security—things our parents may have taken for granted but were currently at risk. And there were heartfelt worries about our children for whom the American dream was becoming a nightmare. Even with their college degrees, jobs were rare, pay was low and benefits almost non-existent.


On Saturday night, all of us packed a healthy picnic dinner and several bottles of wine and headed to a picturesque site by the lake to hear an outdoor concert that reprised favorite songs from a favorite singer from our twenties: John Denver. It was a beautiful night on the grassy lawn, the lake was calm, fire flies flickered, children giggled, peace and love reigned. The night was still hot. It wasn’t the weather but rather our lifelong friendships that warmed our hearts. In a few days I would be leaving on a jet plane . . . returning to my real life, and a threatening and threatened world. Don't know when I'll be back again. Oh babe I hate to go. 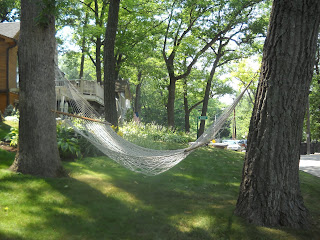