So do these three women look like engineers to you?  I had the occasion to experience eye-opening work of two female sculptors on my recent trip to France and a similar encounter with another in our own neck of the woods. Nathalie Decoster who works in Paris sculpts figures in bronze - although she is beginning to work with other materials – that represent man confronting time and nature. Gloria Friedmann, originally from Germany who also works in France, is a sculptor, painter, photographer and videographer who interprets man against nature, culture and humanity. Carolyn Palmer is a New York portrait artist who creates life-size bronze busts and statues. As I walked around and admired their art pieces it occurred to me that these are also engineering feats and that artists need to know some sciences along with their arts. You may remember the media frenzy Lawrence Summers, then President of Harvard, set off when inferring that innate differences between the genders may be the reason so few women scientists make it to the top.  I'm not looking to open up that debate but maybe we're not measuring female aptitude in the right places.  Anyway, just take a look at these sculptures for yourselves and enjoy their magnitude and beauty. 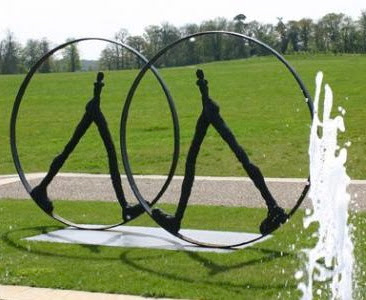 After some schooling in art, Nathalie Decoster trained with a mentor who taught her most of what she needed to know.  Sculpture has always been her first love.  Her work is installed all over the world.  Nathalie was particularly moved in 2001 to be invited by Alain Ducasse to stay at L'Abbaye de la Celle, a place for her of delicate pleasure and tranquility.  It is here where she installed La Condition Humaine, that parallels the life of mankind and that of nature. 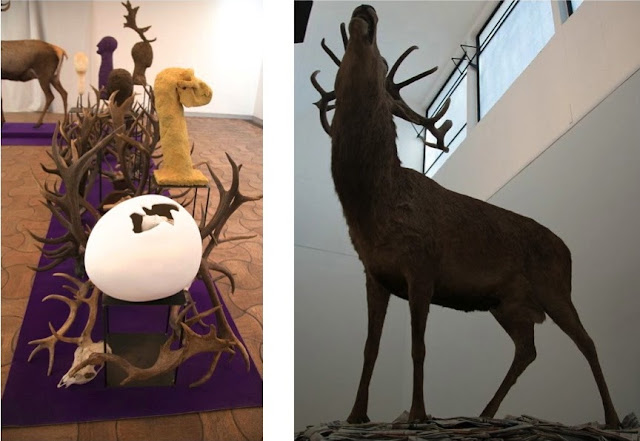 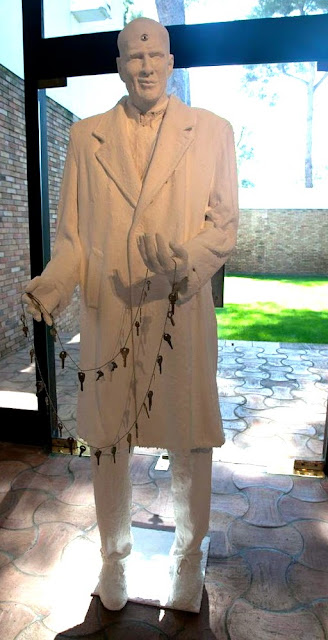 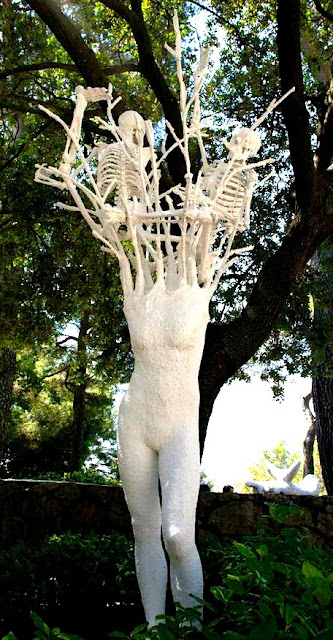 Gloria Friedmann's Play-Back d'Eden exhibition of older and mostly newer works at the Maeght Foundation explore man's rootless with nature and the violent history at the beginning of the last century.  Gloria was trained in film and then became a self taught photographer before exploring sculpture, painting and installations. 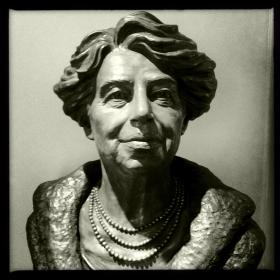 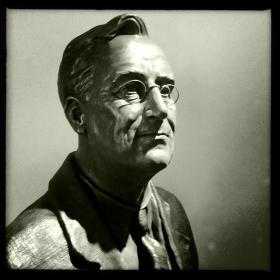 After finishing college Carolyn Palmer went on to study art extensively throughout Europe before returning to upstate New York.  Aside from her private collection work, her public commissions can be seen at the Sanford/Orlando Airport of the Wright Brothers and in the lobby of the Jefferson Center in Syracuse, N.Y.  of Thomas Jefferson himself.   She has just completed busts of Eleanor and F.D. Roosevelt for the FDR Presidential Library in Hyde Park of which she talks about in a recent interview.  She is currently working on a life size park scene of Vice President Joe Biden and Govenor Robert Casey for their hometown of Scranton, Pa.


Art is technical as well as creative

Dartmouth University celebrated the 50th anniversary of their Hopkins Center for the Arts and asked nine of their engineering students (mostly women) to describe how they bring art and engineering together.   They concluded it's ideas plus inspirations processed logically and creatively at the same time.  The American Association of University Women published a 2010 report, aptly titled Why So Few?,  that disclosed that it's stereotyping and cultural biases that impede women from choosing and advancing in the science, technology, engineering and math fields.  Sculptors can be considered artists or engineers, can be males or females, but it's their own sensibilities and skills reflected in the art that transcends all else in the end.

Upon exiting the Maeght Foundation you encounter a fountain by Pol Bury that I found rather mesmerizing.  The artist had a very dramatic, varied yet successful career.  I took note that Pol actually scored higher in his science classes than those in art but it's his art that lives on.  I saw both in this tranquilizing sculpture.