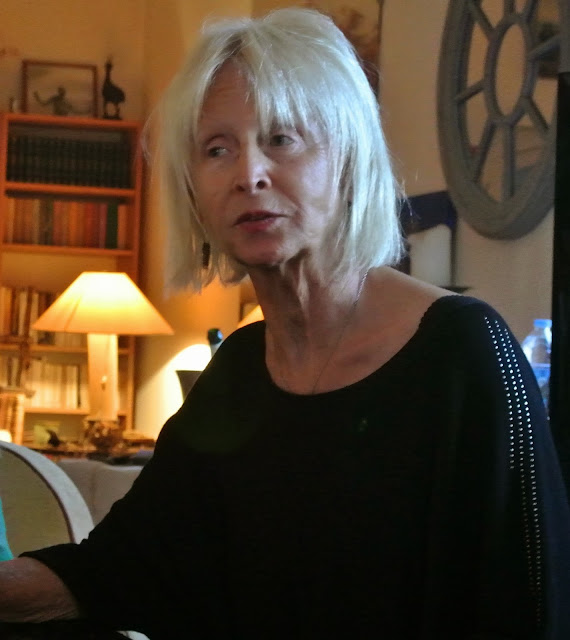 Martine’s move to Provence is actually a return to her nation of origin. Like Maggie, some of her choices had to do with meeting a man. And like Nili she did some country hopping too.

Martine started out in the family business, a large drugstore chain in Paris. When she decided to take a longer vacation in Mexico, she wasn’t planning to stay on until she met someone.  The couple moved to San Francisco and married.  But there's more to her first life.


Martine settled into her new country and soon had a daughter, Delphine.  But storybook endings don’t always prevail, don’t you know. Newly divorced Martine returned to France with her daughter and reinvented herself with a career in merchandizing.  All well and good but she missed the lifestyle she had created back in San Francisco.  So back Martine went this time entirely on her own terms.

Martine now found herself in the food preparation business.  One night while preparing freshly caught albacore, she met Steve Whitelaw.  Soon after they married and Martine went into selling antiques and then real estate, a profession she continues with today.
Posted by Maryl