Maryl reveals her car picks based on performance, style, color and nostalgia

I’ve owned a yellow Mustang with a white roof (you have to own one at least once), two Alfa Romeo Spiders: baby blue and cream (loved those cars!), white Mercedes Benz C Class (nice but a bit boring), gold Turbo charged Gran Prix (unbelievable power and maneuverability), a silver Saab (most fuel efficient at that time), a burgundy Cutlass diesel (mistake) and my first car was an orange Datsun (economical until I totaled it). I currently drive a 2005 mint green Jaguar S Class, which I really enjoy. Of course I barely drive it since I mostly blog from home but I know I’ll need to turn it in soon for something new. That’s why I took my family off to the NY Auto Show last month.

There’s an endless list of criteria on which to base a car buying decision. Mine are simple. I have to like the shape and lines of the model and I favor a more classic design with a unique feature or two. The color is important because the right combination can really make a car stand out from the rest. My husband will take whatever car is on the lot; I will wait a month for the right interior and exterior.

But the car has got to perform too. I’m not a speedster but I like getting away from pokey people and maybe peeling off at a green light once or twice. Of course the gas mileage should be reasonable, minimum safety requirements met and the sticker price has to be within my price range. Here’s the five cars I liked the best between $20K to $35K:

We’re carting fewer kids around, picking up weekly groceries and household supplies for only one or two and visiting friends and attending events on our own schedules. Stepping into my car has a more personal, purposeful and pleasurable goal these days. I’m not recommending any sports cars here as much as I fancy them although you will find a few convertibles. I don’t know why I haven’t included any Japanese or Asian models. I don’t think it has anything to do with my Datsun mishap. Buy American…or European if you must!

I’ve surprised myself that I was so impressed with this car. I don’t know anyone who has ever owned a Lincoln. But the company has a whole new design initiative going and the panorama roof that’s retractable is unique and slick in its execution. You can select front or all wheel drive and a V6, EcoBoost or hybrid engine for around $35K. Unexpected but impressive. 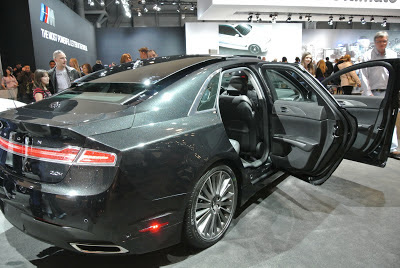 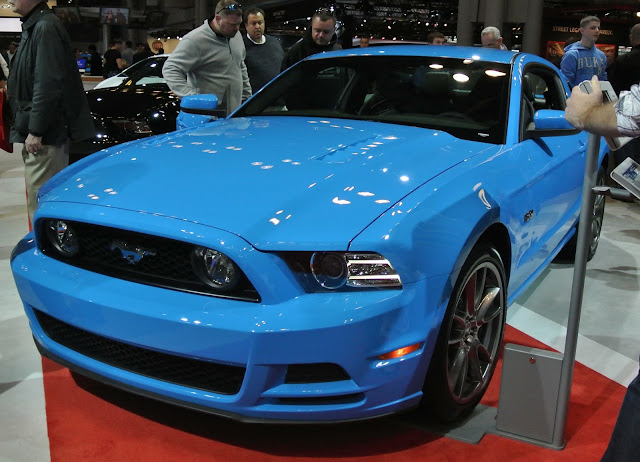 If you're the least bit car enthusiast, you have to own a Mustang at least once in your lifetime. It’s Mustang’s 50th anniversary this year making it the longest continually produced car. It’s also the most popular car being resold on eBay. There are currently 10 models to choose from ranging in price from $30K to $60K. A real crowd pleaser. 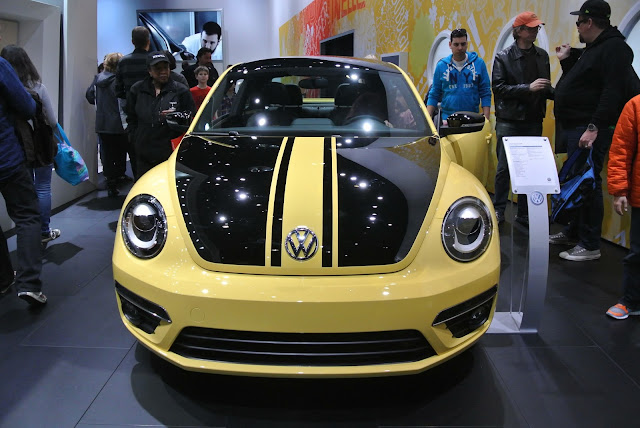 Since I’m feeling nostalgic about cars I can’t ignore the VW Beetle. We grew up with the first ones imported to the Uunited States. They were such a novelty and now they’ve matured along with us. There are many features and colors offered. The turbo charged convertible caught a lot of attention at the auto show. The Beetle is priced out at $20K to $27K.  A classic at any age. 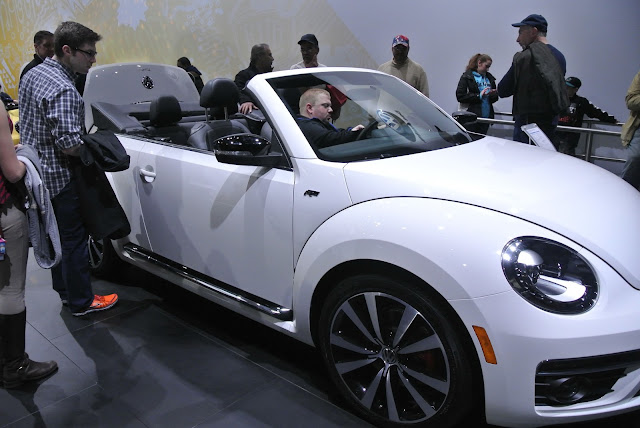 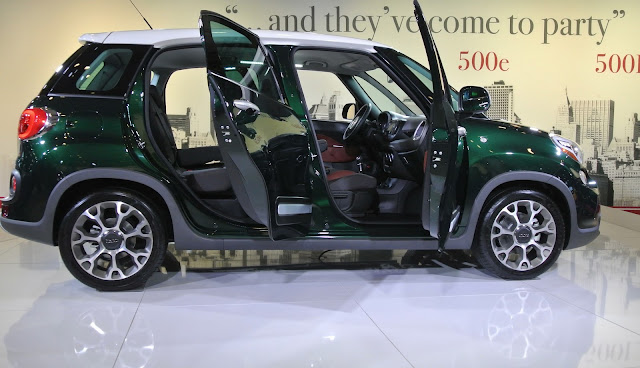 Here’s another surprise. I really liked this five-door utility vehicle.  It won't go on sale until sometime this summer but be on the look out for it. What attracted me was the two-tone color scheme, 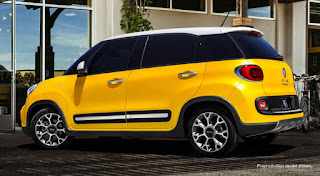 a large sunroof that extends over the back seat and 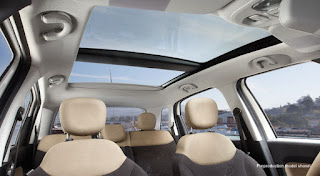 uncommonly shaped headlights that look like they’ve been outlined in chalk! 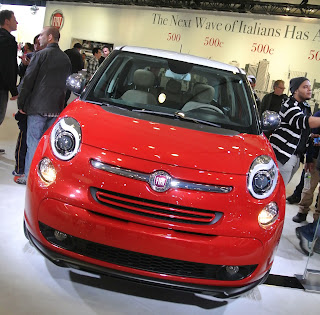 The turbo engine delivers quick acceleration and faster top speed too. The car currently sells for around $25K in Europe so we’ll see how that translates over here.

Cars.com informs us that “the Chevy Camaro and Dodge Challenger are can't-miss favorites among Boomers intent on reliving their youth”. The article was written by a male so maybe that holds true for that gender. I have no desire to return to my high school days although I love the lines and styling of the first generation Camaros and Challengers and would drive one in a heartbeat if they were safer and more fuel efficient. The Camaro price range is $24K to $37K and the Challenger runs from $26 to 46K. I’m lukewarm on the newer designs. You decide for yourselves. 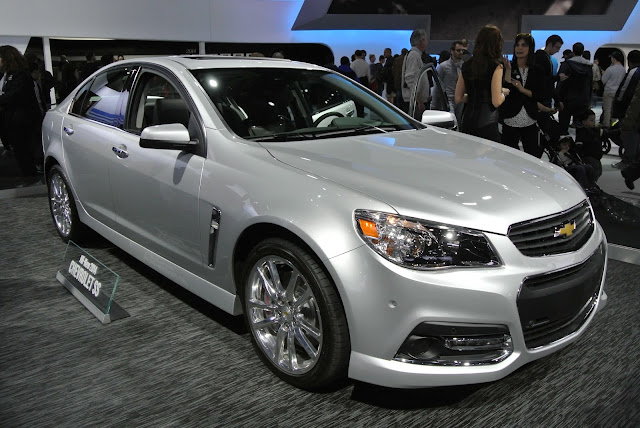 Chevy fans are more excited about the 2014 Chevrolet SS due out the end of this year. It a rear wheel drive, performance sedan with rear-park assist and considered a more luxurious version of the Camaro. As a result it will be priced starting at $35K. (I want to mention here an unusual matte paint finish, new to me, that I saw on a few models at the Chevy 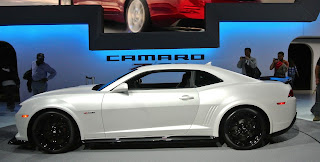 exhibit. I believe it's called Flat Pearl White Paint and it also comes in black. The black was ominous but the white really made the lines of the car stand out and even the Impalas looked sexy.) 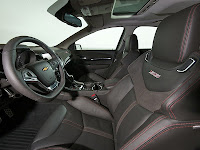 Forbes calls the SS a “muscle car at heart that will get a lot of attention from dads who are Corvette fans but need more space for the kids”.


I end my car selections on this note to help make a last point. Women’s taste and interest in cars are not typically taken into consideration by the automobile makers. Yet recent research from Vibrant Nation concludes “Our members let us know, loud and clear, that they feel under-informed, ignored, and often abused by this industry. They are buying new cars to symbolize the freedom and discretionary income associated with their new stage of life. She is not shopping to please others, and she is not living off limited resources.”

As a result women typically pay over a $1000 more for a car than men do. Web sites like AskPatty.com and Women-Drivers.com are helping to close this gap. We can still always take a male with us to the car dealership as a fallback. Better yet next take a posse of women with a few facts and figures at their fingertips. That’s bound to intimidate any fast-talking salesperson. Leave some of your car picks in the comments. My odometer’s not getting any younger. Happy Motoring!